Kick ass! Donkeys get into a scuffle at Chester Zoo – with one hoofing the other in the face

Talk about playing hard to get!

A feisty female onager – a species related to the donkey – is pictured kicking a would-be suitor in the face as part of their mating ritual.

The aggressive exchange was photographed at Chester Zoo, which is home to five of the critically-endangered animals.

Look of love? A female onager kicks a would-be-suitor in the face as part of their aggressive mating ritual 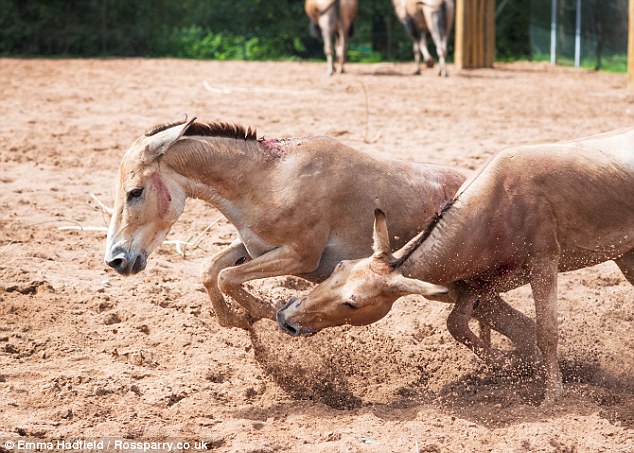 Catch me if you can: One of the animals dodges out of the way as the other nips at its hoof in their enclosure

Zookeepers reassured visitors as the bloody scene unfolded, with the mules chasing each other around their enclosure while nipping and biting each other.

At one point, one of the animals appeared to slam the other into the ground. The rest of the mating ritual will be carefully watched by zoo staff, who run a breeding programme as part of a global conservation effort to prevent the species becoming extinct.

Once found in great numbers across Asia, the onager population is now sharply in decline after being targeted by poachers. 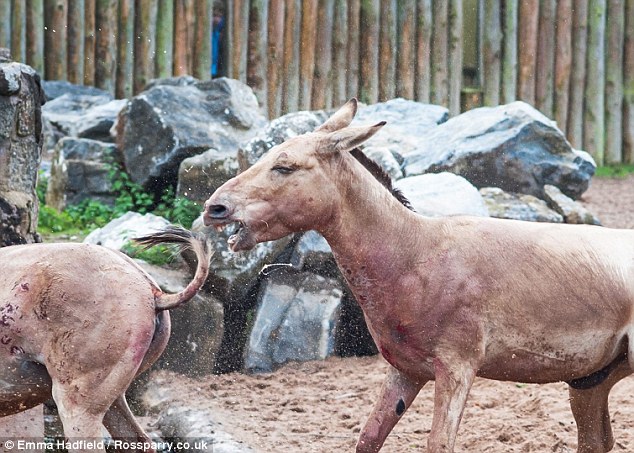 Tough love: Onlookers watched as one onager, a critically-endangered species, whipped the other with its tail 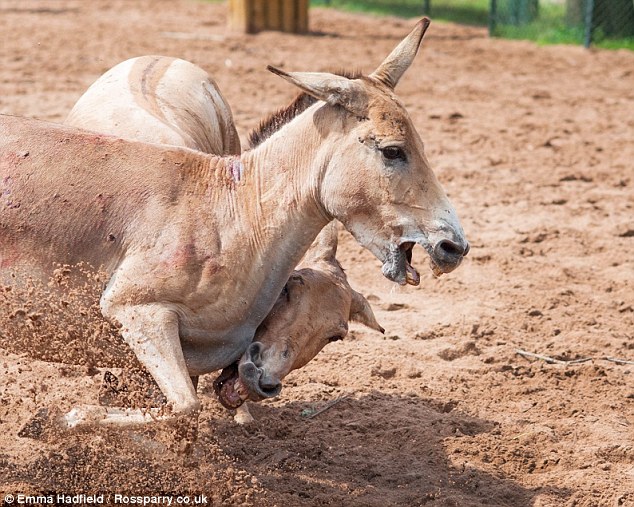 All’s fair… One animal, bloodied from the exchange, slams the other to the ground as the ritual continues

They have also had much of their natural habitat taken over for farming, and have suffered badly from disease transmitted by farm animals. Today, there are only some 400 onagers left in the wild.

One foal, named Ambar, was bred in captivity at Chester Zoo and keepers hope they will be celebrating the birth of more in the future.

Most onagers have white bellies, buttocks and muzzles, and are also distinguished by the dark stripe which runs along the centre of their back.